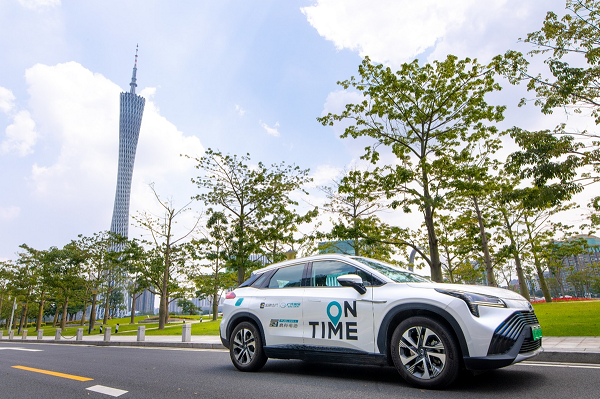 GAC Group, a leading automobile manufacturer based in Guangdong province, plans to make all its models electric by 2025, according to a senior company executive."Under the new strategy, we will focus on development of high-efficiency hybrid system, aiming to better reduce carbon emission," said Feng Xingya, president of GAC Group.

Starting this year, the company will launch at least two electric models each year, said Feng.

Feng made the remarks during an online press briefing on the company's social responsibility development in Guangzhou, the capital city of Guangdong, on Monday.

Compared with traditional fuel vehicles, the carbon emission generated by a hybrid vehicle is less than 30 percent, according to Feng.The company unveiled its green technology on hybrid power system in 2021, which has already been used in its version of GAC Motor GS8, a seven-seater SUV."The advanced and energy-efficient hybrid power system will be used on more of our vehicles in the years ahead," said Feng.

The company has also begun testing the hydrogen engine, which has surpassed the thermal efficiency level of traditional fuel engines.

GAC launched its first batch of car-hailing vehicles equipped with hydrogen cell system in October to promote the use of hydrogen energy in the Guangdong-Hong Kong-Macao Greater Bay Area.