The bus does not produce pollutants such as carbon dioxide, and only discharges pure water,which is even drinkable. Does it sound a little strange? In fact, Foshan citizens have long been surprised by this hydrogen energy bus. In the future, more and more cities in Guangdong will use environmentally friendly hydrogen energy vehicles.

On August 12, the Guangdong Provincial Development and Reform Commission's official website issued the "Guangdong Province Action Plan for Accelerating the Construction of Fuel Cell Vehicle Demonstration City Clusters (2022-2025)" (hereinafter referred to as the "Action Plan"), which proposed that Guangdong will build a fuel cell vehicle industry innovation. Corridor, from 2022 to 2025, Guangdong will promote more than 10,000 fuel cell vehicles and build 300 hydrogen refueling stations.

Recently, the reporter went to several major demonstration cities in Guangzhou, Foshan, Shenzhen, and Zhuhai to observe that all places are gearing up to seize the "hydrogen outlet".

In the future, with the strengthening of Guangdong's hydrogen production capacity and the increase in government support, it is expected that the hydrogen cost of hydrogen energy vehicle owners will be reduced to that of diesel.
The fuel cell The whole industry chain gathers in Guangzhou to create a "hydrogen future"As the highland of the hydrogen energy industry in the Guangdong-Hong Kong-Macao Greater Bay Area, Guangzhou is making every effort to build a fuel cell vehicle innovation R&D center and a core area for fuel cell vehicle demonstration applications in urban agglomerations.
In Huangpu, the construction of the plant of Hyundai Motor Hydrogen Fuel Cell System (Guangzhou) Company (HTWO Guangzhou) is progressing smoothly. It has recently started trial operation. A comprehensive base including system production plants, R&D centers and innovation centers.
hydrogen station
Guangdong to build 300 hydrogen refueling stations by 2025
Before 2025, Guangdong Province plans to build 300 hydrogen refueling stations, of which more than 200 are in the demonstration city group. 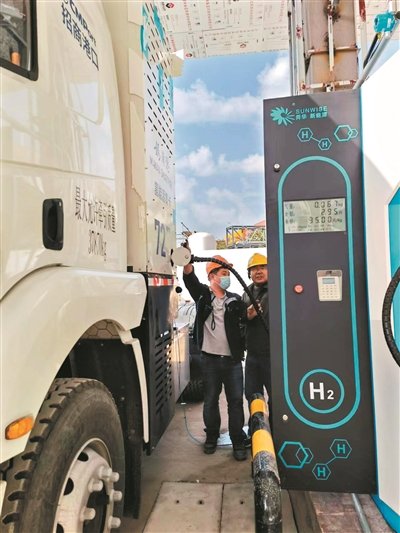 The image showing the hydrogen refueling station of the Mawan Power Plant refuels the car.
In Shenzhen, the city's first integrated hydrogen production and refueling station - "Mawan Power Plant Hydrogen Refueling Station" stands quietly beside Mawan Avenue. The construction of the integrated hydrogen production and hydrogenation station has been completed, After the formalities, it can be officially put into operation. 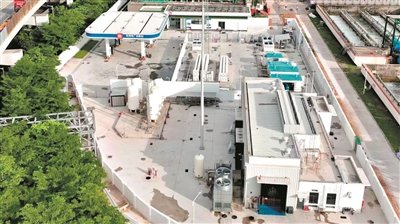 The image above is Mawan Power Plant
hydrogen car
More than 10,000 hydrogen energy vehicles will be promoted
For the citizens of Foshan, the hydrogen bus with the blue body and the "H2" logo is the earliest way to understand hydrogen energy. Today, Foshan has gathered more than 150 hydrogen energy enterprises, research institutes and institutions, and has promoted and applied nearly 1,500 hydrogen fuel cell vehicles, forming a relatively complete hydrogen energy industry chain with domestic independent intellectual property rights. 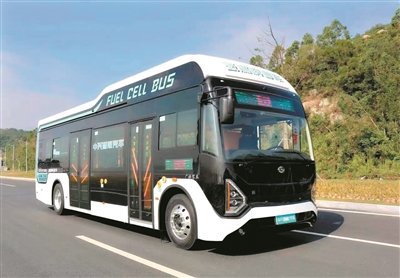 Guangzhou and Shenzhen, as first-tier cities, have a solid foundation in the fields of hydrogen energy and fuel cells.

It is believed that through the construction and development of the demonstration city clusters, the development of the hydrogen fuel cell industry in the Greater Bay Area will be greatly promoted, and it will also play a very positive role in promoting the industrial upgrading of the Bay Area.